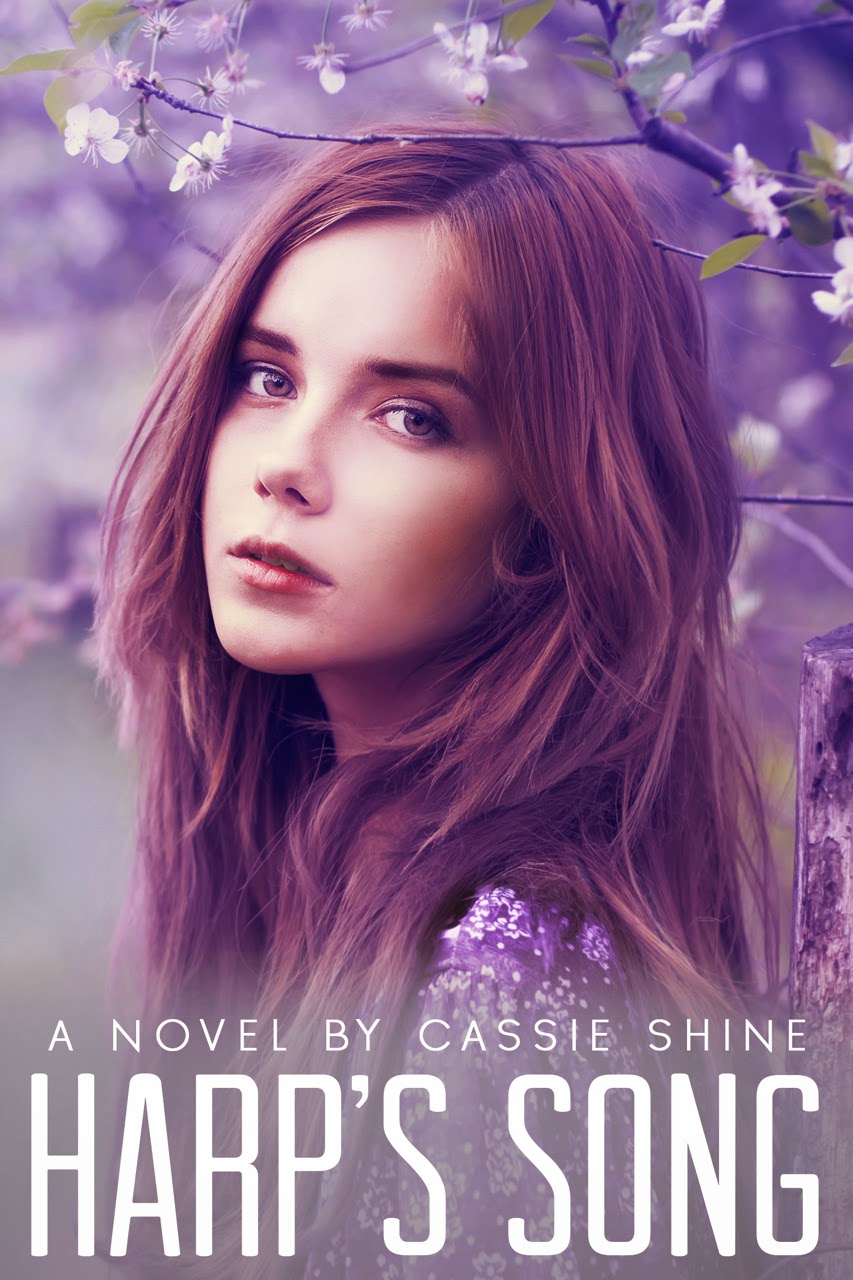 In just a few months Harp Evans will be officially coming of age and graduating from high school. She will be free from the mother that never wanted her, the house that never felt like home, and the disappointment of the last seventeen years. What she doesn’t know is that her mother has been holding onto a secret that has the potential to derail her dreams and destroy her already faulty sense of self.

A self-proclaimed recluse, Harp spends most of her time practicing the cello, in the hopes of earning a full scholarship that will grant her freedom, but will also send her away from her best friend Connor Williams, who is becoming more than just a friend.

As revelations are made, will Harp still feel the same way about leaving everyone that cares about her behind? Or will she continue to pursue the life she’s been dreaming of for as long as she can remember?

Harp's Song was a fast read. Once you start you have to keep reading. You want to know what happens.
The story is sad at times. And you will hate Harp's mother. Very emotional. Harp has her best friend who she shares things with. And over time they grow closer.
The characters were great. Their personalities were written perfectly to make them seem real and work together for a story line.
The plot was well written as well.
I look forward to book two after the short preview. 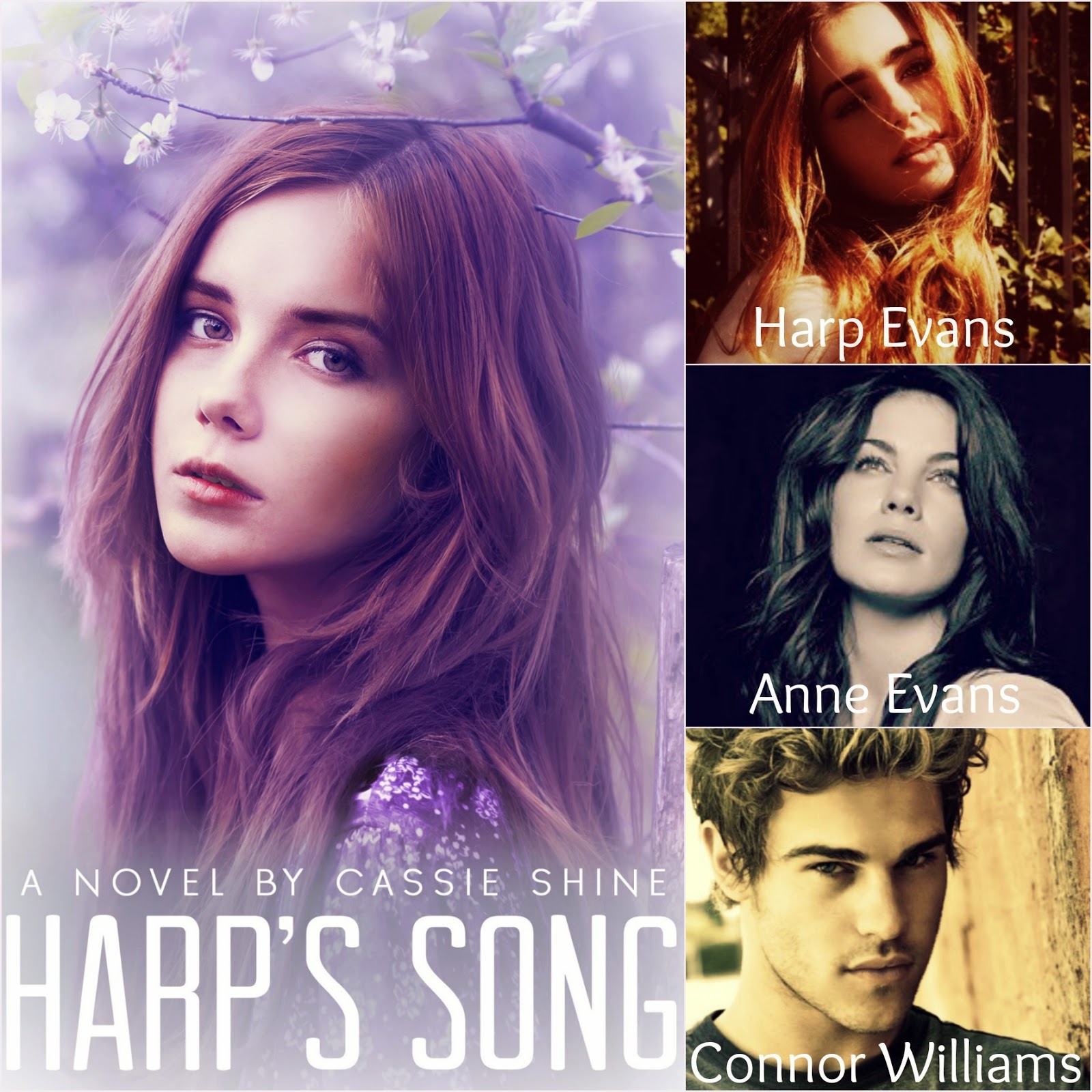 I hope you love my dream cast as much I do! I had such a great time playing around with different ideas of who could play Harp, Connor and Harp’s mother, Anne.

I’ll start with the hardest character to cast, which was Anne. She’s a complex woman and unfortunately has been through a lot. She’s not a likeable person in the beginning of this book-and even toward the end-it’s still a struggle to fully like her. However, I think it takes a lot of courage to reconcile her life and the choices she’s made and so when I was trying to think of an actress that could portray all that, but still have a youthful light about her, I came up blank. I was talking it through with a good friend and then my husband, and he actually came up with the idea of Michelle Monaghan as Anne. I immediately said, “YES!” because I think she’s perfect. Besides, who doesn’t love her in Made of Honor?!

Connor was the easiest character to cast. Probably three or four months ago, I was looking up different actors to play him, and came across Grey Damon. Quite a few people have told me that they see Liam Hemsworth as Connor, and I’m not mad at that suggestion either. However, there’s something about Grey Damon that I can’t quantify, but he’s dreamy and masculine but also has a protective and sensitive aura about him. So, that’s why I think he’s perfect for Connor.

Harp … ah, sweet, innocent, troubled Harp. I picked Lily Collins to portray her because physically she matches the image I have in my head for Harp, but also because I think she can convey the depth of loneliness that Harp feels a lot of the time. Harp has been through quite a bit, but always retained a certain level of strength-a juxtaposition of her character-especially considering what she’s been through. But, in the end, her willpower to remain strong fades and as she spirals out of control, she learns some valuable lessons.

Now … if only it weren’t a DREAM cast!  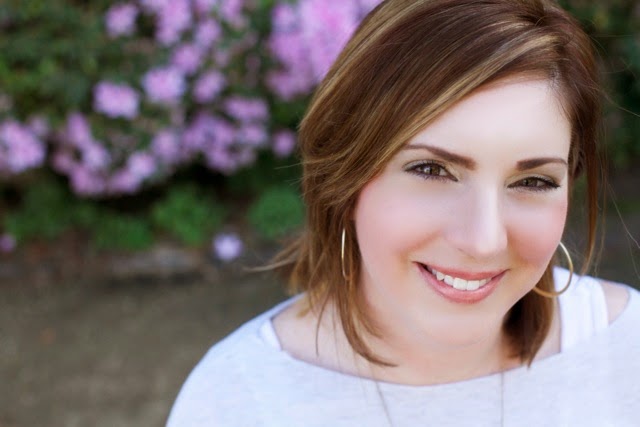 About Cassie Shine
Cassie Shine released her debut young adult novel, Harp's Song in November 2013, finally finishing the short story she started in her college creative writing class … many, many moons ago. She has always been an avid reader and lover of music (yes, she was in the high school marching band). While she has a weak spot for all things teeny bopper, especially boy bands, she also loves classical, country, rock and well, pretty much everything.

After living in St. Louis for more than ten years, she and her husband packed up a U-Haul and headed west. They currently live in Orange County, CA with their furry kids Finnegan and Molly.

RAINN: RAPE, ABUSE & INCEST NATIONAL NETWORK​ and CHILDHELP are organizations that do amazing work to help those who need it most. During the month of April, 10% of sales from Harp's Song will be donated to these organizations.

One winner will receive a signed copy of HARP’S SONG and $25 Amazon or B&N gift card (US/CA only). Three winners will receive an ebook copy (international).

***Any contestant that uses dummy or contest only accounts to enter will be disqualified.***
a Rafflecopter giveaway
Posted by Holly Michelle at 2:00 AM